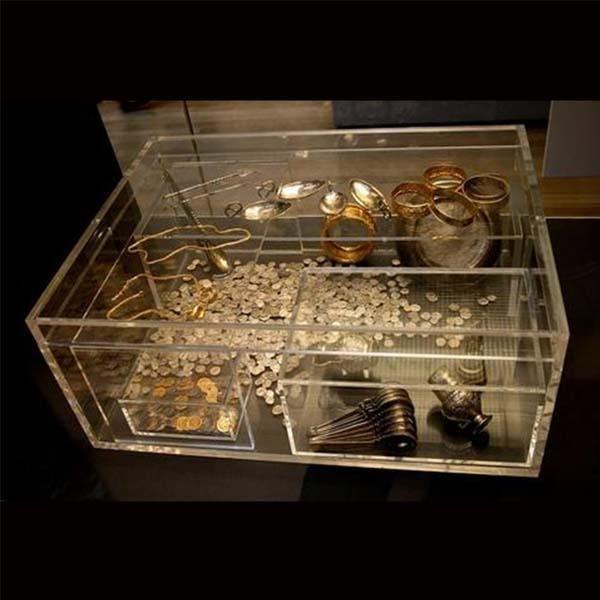 You have no idea of the great treasures that have been found with a gold and silver detector.

It’s a matter of you having a quality metal detector and its functions convincing you to make the best and most convenient metal search possible for you. To know all that, look. The prices of the best in metal detectors
So we will give you in the following lines the descriptions of the 5 great treasures found with a gold and silver detector, which are cases of ordinary people, like you, who, because of things of destiny, found more than they were looking for.
Look at these findings and be inspired to use your gold and silver detector to have a great moment in your life.

Sree Padmanabhaswamy Temple with a gold and silver detector

Buried in six underground chambers of SreePadmanabhaswamy Temple, located in Kerala Province in southern India, was a wonderful treasure composed of millions of jewels and gold, in June 2011.
This treasure is estimated at around 7 billion euros, and the temple was named as one of the richest temples in India (formerly the Thirupathy temple in the southern state of Andhra Pradesh, which contains valuable objects worth 320 billion rupees).
Among the objects found in the treasure were gold necklaces weighing 5.5 pounds, a gold bow, a gold cord, ancient bracelets and silver medals, a ton of gold in the form of rice trinkets, sacks full of diamonds, thousands of pieces of ancient jewelry studded with diamonds and emeralds, 37 pounds of East India Company gold coins, 18 Napoleonic coins, precious stones wrapped in silk bales, and sovereigns bearing a 1772 seal. Can you imagine this surprise?

Hoxne Treasure with a gold and silver detector

By a detector of gold and silver like the one you can acquire this great treasure was found at Hoxne in Suffolk, England; hence its name.
This treasure was found in the field of a farmer, about 2.4 kilometers and located southwest of the village.
Peter Whatling, the tenant of this place, had lost a hammer and asked his gardener friend and owner of a gold and silver detector, Eric Lawes, to help him look for it.
So Lawes discovered silver spoons, gold jewelry, and numerous gold and silver coins.
After recovering some items, he and the tenant informed the police and landowners before further digging up more objects.

Staffordshire treasure with a gold and silver detector

In 2009, Terry Herbertse, a treasure-hunting enthusiast, as you surely are, for 18 years, found a treasure with his gold and silver detector in Staffordshire, England.
This treasure dates back to the 7th century and contains about 5 kg of gold and 2.5 kg of silver.
You should know that many of the elements of the treasure are war paraphernalia, often inlaid with precious stones. It is presumed that more than 1,500 pieces, dating from around the seventh and eighth centuries, may have belonged to the Saxon royalty of Mercia.
It was valued at nothing more and nothing less than £3,285,000. Good money!

The Viking treasure with a gold and silver detector

In 2007, David Whelan, a man with his son discovered the Harrogate treasure using a gold and silver detector in the town of Harrogate in North Yorkshire, England.
Its name comes from the fact that the first theory about the motive for such a careful burial in the 10th century was that it had belonged to a wealthy Viking leader during the riots that followed the conquest of the Viking kingdom of Northumbria in the year 927.
It consists of 617 silver coins and 65 other items, including ornaments, ingots, and precious metals, were hidden in a gold-edged gilded silver vessel that was made in France or Germany around the year 900.
In addition, the necklaces, one of which is made of solid gold, show evidence that the treasure belonged to a Viking nobleman, which confirms the main theory.

Ringlemere’s golden cup with a gold and silver detector

In 2001, an archaeologist and amateur metal detector named Cliff Bradshaw, found a treasure in the Ringlemere tumulus, i.e. in Kent, England; and hence its name.
Bradshaw had a special interest in the Anglo-Saxon decade of 400 BC – 600 AD, which led him to study and tour the local field of southeastern Kent.
During his explorations with a gold and silver detector, he found a number of items, including a beautiful Anglo-Saxon silver, three sceattas, and many brooch fragments that were very close together.
And you see, the number and proximity of these items led him to think that they were not just accidental losses, but that it was a Saxon settlement that was inhabited, and that he was going to find a lot of buried objects nearby, so he continued his search and found this golden cup that we placed in photo. That’s why you mustn’t give up!
In conclusion, besides luck, a good detector of gold and silver is essential when doing the search for a great treasure, don’t you think?
We’re on your order with our free shipping!
And if you have any questions, we have our online chat completely in Spanish for you. But what if you just want to make a comment? Go ahead! We read you!
Category: Uncategorized
Leave a Reply Cancel reply