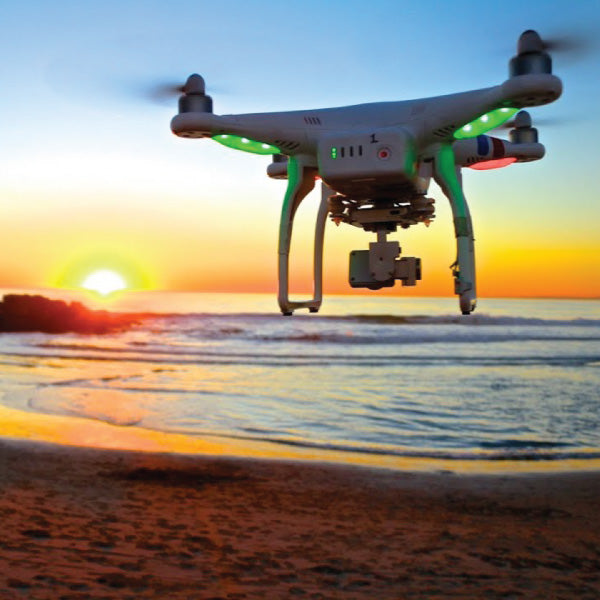 Napa Valley has become one of the most important wine and grape growing and exporting regions in the world, and winemakers have entrusted the overall monitoring of their land to drones for agricultural activities that make the job much easier. Visit our agricultural drones category and find out more.

Hello there, drone enthusiasts! Welcome back to Detector Power’s blog for another dose of great information about your favorite adventuring items.

This time, we’re going to discuss something that is a recurring subject for those living on the West Coast: Laws surrounding the use of drones in California.

Many are the folks who come into our website’s chat bubble asking questions about California drone laws, so we thought of putting out a comprehensive guide in layman’s terms, so everyone’s able to get acquainted with relevant drone regulations about safe and responsible piloting over there.

Of course, this subject also begs the question: “Is owning a drone legal in California?” something that is specifically different from operating one. As of right now, there are no criminal statutes that forbid anyone from owning drones in the State, so with that out of the way, let us dive into the intricacies of being a drone pilot in the Golden State!

From their initial release to the market, drones have become a preferred item among professionals of different areas and disciplines, as they are used for all sorts of implementations: From generating security footage, to film and TV production, to vlogging and so on.

It’s easy to understand that these little machines are as versatile as they get because they may be equipped with many tools to fit different needs. So, it makes sense that there are tons of regulations surrounding drones, be it owning or piloting them.

Legislatures take one of two instances into account when it comes to imposing regulations: Recreational versus commercial drone piloting. Because their technology is relatively new, general legal boundaries regarding airspace and privacy that were in place before were not severe enough to stop bad actors from committing any misdemeanors, or just your regular joe from getting into trouble by flying a drone without any malicious intent.

By that reasoning, Federal law was amended to extend or broaden restrictions on drones a few years ago. These changes affect piloting drones all across the country and have more to do with height limits, speed limits, having a drone registration number and much more.

But that’s just federal law. California has local and town-level laws that you’ll have to handle in order to fly drones there. We’ll talk more about that up next.

So, let’s say you want to get into the game and become a pilot but you have zero experience on the matter. For a beginner like you, we recommend getting a DJI Mini 2 from our webstore, which is an entry level drone: easy to use, very durable, comes with a manual, excellent price and so on.

What you would have to do next is registering your aircraft in DroneZone, a special website by the Federal Aviation Administration (FAA), designed to keep tabs on active drones in the country; think of it as a Driver’s License for drones.

There, you will receive a Registration Number for your drone to have always on display. You can fulfill this by printing it out as a sticker and putting it on its body where it is most visible.

In California, you cannot fly your drone too high (maximum height allowed is 400 feet above ground level) and because you have to have your aircraft in sight at all times, then you wouldn’t be able to pilot it at night or while you’re drinking.

You could be fined for reckless flying of your drone if you take it near the scene of an emergency; this is considered a crime in the State. Also, if first responders damaged your drone in this context, they wouldn’t be liable for it, as the law protects them too.

Don’t overdo it! Make sure to stay away from private affairs and bugs’ nests when flying your drone, as it is against the law to meddle with these types of things with it.

Professional drone operators play by different and stricter rules than their recreational counterparts. If you are one of them, you already know what’s the gist, but we are going to share some of the basic regulations anyway, for those pilots out there who are thinking of taking it to the next level.

In California, commercial drone operations are restricted in various towns and cities. For instance, in Malibu, you have to get a filming permit prior to any production activities you have to perform there.

There are also county-wide and institutional restrictions that affect parks all over the State, namely:

These restrictions vary from total bans of drone operations and flights to moderate prohibitions that allow drone pilots to fly their equipment under an institution’s consent (Permits or verbal authorizations from officers).

If we had to suggest a filmmaking-capable drone to our pro guests here, that would the DJI Phantom 4 Pro V2.0 Quadcopter, which is a 4K, 60 FPS capable drone, with a mechanical shutter on its camera system, that enhances image stabilization and prevents picture distortion during flight.

Appealing to both pro video producers who work solo or film studios/companies for its price, the DJI Phantom 4 Pro will have to be piloted responsibly and within the boundaries established by Federal and State law.

Its pilot must be a FAA-Certified Drone Pilot (Certification obtained via the FAA’s website by completion of a technical exam) and the drone also has to be registered, its number displayed on top.

This aircraft is an interesting choice because of its own limitations and specs. It will not go over a 45-mph mark (Maximum ground speed for commercial drones being 100 mph), but being equipped with obstacle sensors, it will allow its pilot to stay away from buildings and structures as required by law.

Commercial pilots are allowed to fly drones 30 minutes before official sunrise and 30 minutes after official sunset, according to their local time, so long as their aircraft are equipped with anti-collision lighting.

Finally, always keep your eyes on your drone! And don’t forget to ask for the necessary permissions before you get it into the air!

Get Free Shipping in the US with a purchase worth $149 or more!