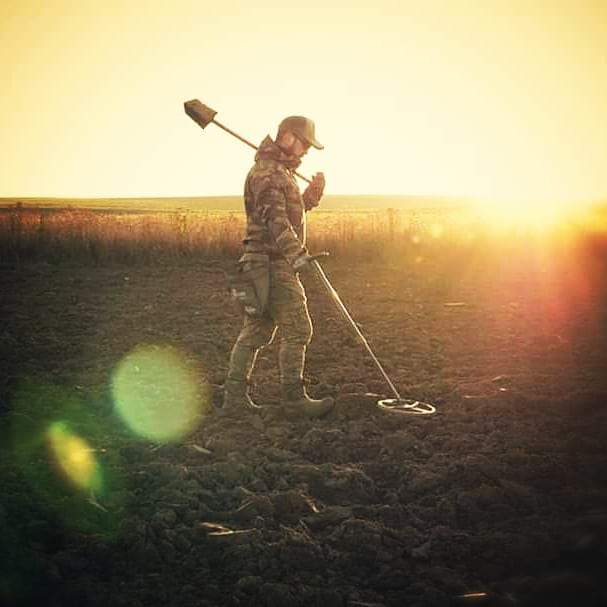 Whenever we use a metal detector, we marvel at all the functions that these devices offer us, because when we undertake a search there is always a good find …

If you don’t know who invented the metal detector or how the first model of metal detectors came about and how its evolution has been, we recommend that you read this post completely.

Many may believe that metal detectors were created for the same purpose of use they currently have; But it was not always like this. Metal detectors do not arise until about 1800 after the invention of electricity and the new hobby of inventing an apparatus.

In the year of 1874 the electrical engineer, Gustave Trouvé, develops a new invention. A device that was able to locate and extract metallic objects inside a body. This system seemed quite versatile but unreliable.

However, in the year 1881 and due to a terrible accident, a new metal detector model was developed. The well-known inventor of the telephone Alexander Graham Bell has, among his repertoire of inventions, the attribution of the metal detector. This device was designed based on Gustave Trouvé’s original design to find a bullet.

Although, at the origin of the metal detectors, their use differs we must remember a little what led Alexander Graham Bell to develop a new prototype metal detector.

And it is that one afternoon on July 2 of the same year, President James Garfield suffers from an attack at a train station where he receives two bullet impacts from lawyer Charles Guiteau. Fortunately, the president of the United States does not die, is injured and doctors try unsuccessfully to extract the bullet.

It is at this time, when the prototype created by Graham Bell is implemented. Although in the initial tests the detector worked perfectly, at the time of testing it in the body of President James Garfield emits a very light noise that left its functionality failed.

It was believed to be due to interference with the president’s metal bed, but it was ruled that the bullet was at a great depth and could not be detected. Despite the attempt, the president of the United States becomes the second murdered, as he dies in September because of the infections that caused his injuries.

Perfecting the prototype of metal detectors

The Bell metal detector served as inspiration for the scientists and inventors of the time. While a metal detector would be a great device for those who still had the Gold Rush it would also be a novel invention, which in fact quickly gained fame.

There were several models of metal detectors, all had a fairly robust and impractical appearance, this because they used large tubes and the frame was too heavy. However, they worked and users liked this.

It is not until the 1920s, that the German inventor, Gerhard Fischer makes a reformulation of the original design of Graham Bell When he discovers, in the middle of an investigation of navigation systems, that all the radio waves he used were distorted every time that passed through some mineral in the rocks.

As, almost all the great discoveries and advances in history seem by chance, this is no exception. What Gerhard Fischer did was to build on Newton’s theory and see that in a smaller electromagnetic field this would be perfect to detect metals. And so, it is that what we now know as a metal detector emerges.

In 1925 he succeeded in having the patent and it was not until 6 years after the first metal detector that we know today in 1931, of hand held metal detector use that has become increasingly popularized.

Metal detectors play an important role throughout history, from the beginning with the purpose of helping a gunshot wounded including a president of the United States. Subsequently, it was widely used to detect dangerous elements.

One of the most relevant samples of metal detectors is in the First World War when they use it to find metal objects from enemies and unexploded bombs that were buried underground throughout Europe. It was also widely used in World War II to detect mines when inventor Lieutenant Józef invented the mine detector.

The new era of metal detectors

At present, technological developments do not seem to stop and in modern metal detectors there are always great inventions and advances, which allow to detect metal objects efficiently. To do this, they have focused on the theme of the coils and other components of this device in the portable metal detectors.

Now, we know that it is exciting to undertake a search coil or specific metal coil and that a metal detector could save a president of the United States of America.

If you want to have part of the story in your hands, choose the metal detector that best suits your needs and you can be part of a great find. Do not wait any longer, if you have any questions or queries contact us at our WhatsApp number +1786-909-3320