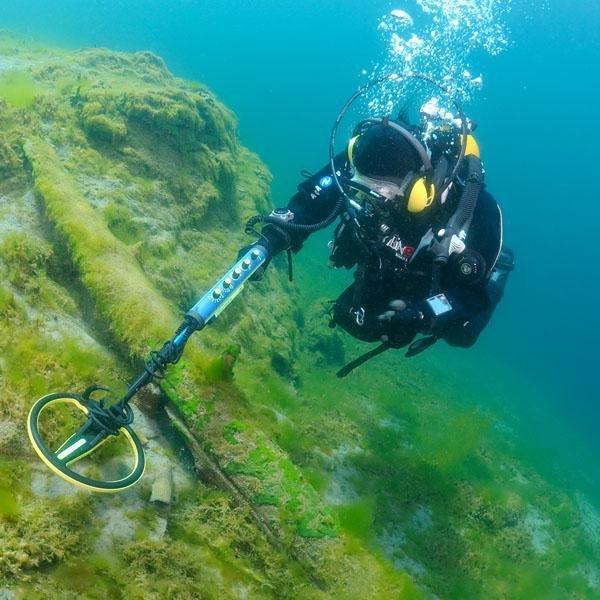 Metal detection is a hobby for many people, the most interesting thing is that you never know how important the obtained finding will be. But, many people do not know if they are in allowed sites to search or if the found object belongs to someone, and in this case, how to proceed so that this finding belongs to the one who found it.

If you have ever wondered if, is metal detecting legal?  will there be laws for metal detection? Or you don’t know what to do when you find an item of value. This article will help you clarify this question. Metal detection is legal, but in some places it is not allowed.

If you want to know what are the metal detection laws that exist around the world, read this post completely because you will be interested in knowing all the laws before starting an expedition.

Are there laws for metal detection?

Yes, there are many metal detection laws and regulations. This arises because over time metal detection has become a very frequent activity. Some people want to seek wealth, while others seek fun.

But in the end, search spaces can suffer significant damage. In addition, the national heritage can be affected, because on many occasions they have found elements of historical value.It is important that national parks are respected and don’t disturbance any animal. In addition to the laws, it is important to respect the environment.

The truth is that each country has its own laws and regulations for detectors to conduct their searches, and many countries provide conditions on what to do with the found object. While others provide full access for detectors. Usually, metal detecting laws by state.

Metal detecting on the beach laws

If you are one of the detectorists who prefers to be on the beaches. You should be a little calmer, because most countries allow searching on the beach. In some countries this is the only site that is allowed.

But, they also have restrictions, it is important to know the local laws and if you have any questions, consult with the metal detection clubs. You can also check it with the local authority.

Laws around the world 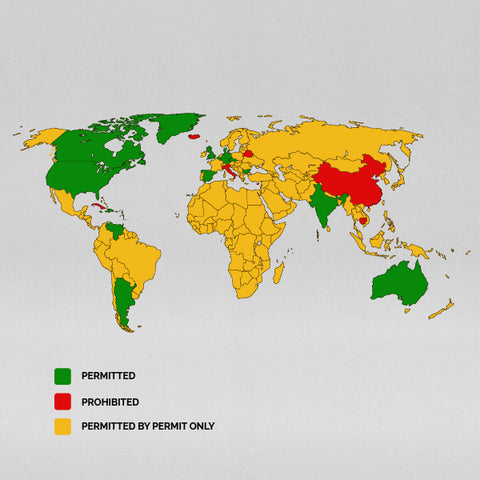 Check this list that we have prepared for you with the laws of some countries around the world organized by their continents. 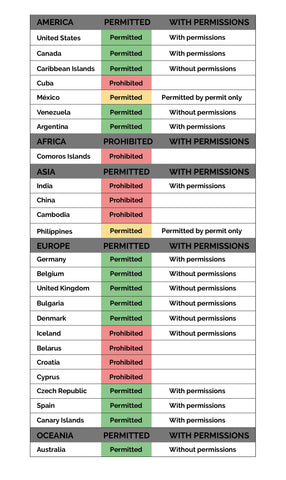 In America the search for metals has certain general laws. Searches of historical sites are not always allowed. Learn a little more about the laws in the following countries:

Each state has its own laws on metal detection. Exploring a native cemetery is prohibited and should it be found accidentally, it should be reported to the authorities immediately. Outside of this, metal searching is generally allowed. There are search engine organizations for relics and ancient coins, who rule the sites to explore and indicate what to do with the find.

Starting in 1988, the “Abandoned Shipwreck Law” came into force, in which it is not allowed to start a search for a shipwreck to rescue objects. On the other hand, in the state of Florida the rights are granted through a permit. When a person, who has been authorized, makes a finding, they must report it to the state. Once the finding has been evaluated, a part can be given to the detectorist.

Now, we answer a question that is often asked. Is metal detection legal in California?

The truth is that it has its conditions. Although metal detection is allowed under the California Code of Regulations, there must be a special permit to search for treasure. Searching in California state parks is also totally prohibited. In fact, searching the state parks is prohibited in the entire United States.

So it is important to know the spaces in which you are searching and not to go to a private property because the owner must also be asked for permission to explore their areas.

The search for historical artifacts is prohibited in the country and if found, you must turn it over to the state. Although searching with metal detectors is allowed, a permit must be requested from the owner of the space or the state. Each province has its own laws on how it handles the discovery of ancient relics and coins. For example, in the province of Nova Scotia the official government website dedicates a space to know what to do if they find something while detecting metals.

Metal detection is allowed without any restriction.

Metal detection is allowed without any restriction.

Metal detection is allowed without any restriction. But, the historical sites are restricted.

Few records exist on how to search for treasure. There are some countries where it is prohibited, there are few places where there is official information.

On this continent there are several laws on metal detection. While there are countries that prohibit it completely, others do not put restrictions.

According to the Treasures Act, any treasure finding, by a metal detector or otherwise, of more than 10 rupees (currently $16 USD) must be reported to the Collector. A deposit is then delivered to the government as soon as possible. After completing the owner search process, you will get all or part of the search, depending on the outcome of the collector’s findings.

All kinds of metal detection is prohibited.

All metal detections are prohibited and only allowed on beaches. Outside of this space it is considered illegal.

In Europe there is the European Council for Metal Detection. Each country has its own laws and regulations. The truth is that it is prohibited to make explorations in the historical sites. In some countries a permit is required.

Is metal detecting legal in Ireland? The answer is no for Southern Ireland. But in the North  the possibility is better. But any search for heritage and the Gaeltacht is prohibited.

Ireland is one of the countries that expresses the most limitations on metal detection. In Southern Ireland, searching from the national monument law enacted in 1987 is totally prohibited, stating that it is prohibited to possess a metal detector in or around a monument.

Also, it is prohibited to search in registered archaeological areas. Even simple publicity about promoting or selling metal detectors to search for archaeological objects is totally prohibited. Therefore, it is an underdeveloped activity in this area of the country.

In Northern Ireland seems to be different, since 1971 the Historic Monuments Act indicates that you must have a license to start a search. No digging out of an object is allowed on state lands.

You must always have a permit from the park managers to carry out any search and pry or dig. If you find an archaeological resource, you should contact the police station, the district superintendent, or the museum director in less than fourteen days.

For engage in general searches also requires a permit, but it is not necessary to notify the authorities of the findings if they are not significant archaeological or historical resources.

Metal searching is permitted. But, it is necessary to contact the local police to verify the rules and regulations.

However, in the Flemish region, you must register as a metal detector and obtain a permit. Once you find an artifact, you should report it immediately and turn it over to the government or archaeologists for inspection if requested.

They probably have the best process in the world. All information is detailed on the government website. Once you have a treasure finding, you should report it to the local coroner. Once they write a report, you’ll get your discovery, unless a museum wants it, in which case you’ll most likely get a monetary reward.

Basically, you can search for a lost item on private land with permission; but hunting for artifacts and at or near historic sites is against the law. The owner of a metal detector must register his device with the Ministry of Culture (otherwise, he will be sanctioned with a fine or even imprisonment). The search for archaeological objects requires permission.

Metal detection is allowed. Very large and valuable items found must be turned over to the state.

Metal detection appears to be taboo, and advertising for metal detectors is equated with a striptease advertisement.

Metal detection was prohibited only at archaeological sites under state protection, at World War II battlefield sites, and on private land (without the owner’s permission). Since 2013, some laws and provisions restricting the search for historical artifacts have come into force. In fact, the use of metal detectors in Belarus can be considered prohibited.

Metal detection is allowed, but there are laws that restrict certain spaces. You need to contact the authorities and know the local laws.

On this continent, most countries do not have prohibitions on metal detection.

Metal detection is allowed. In this country there are no lees since archaeological finds are rare. Prospecting for gold nuggets as well as searching on the beach is even allowed.

Now that you know more about the laws on metal detection, take the necessary recommendations and before starting an adventure, carry out an investigation and consult with the authorities of the town where you carry out your exploration.

If you have any questions or want to purchase a metal detector, you can write to us by email Info@Detectorpower.Com or write to our WhatsApp number +1786-909-3320