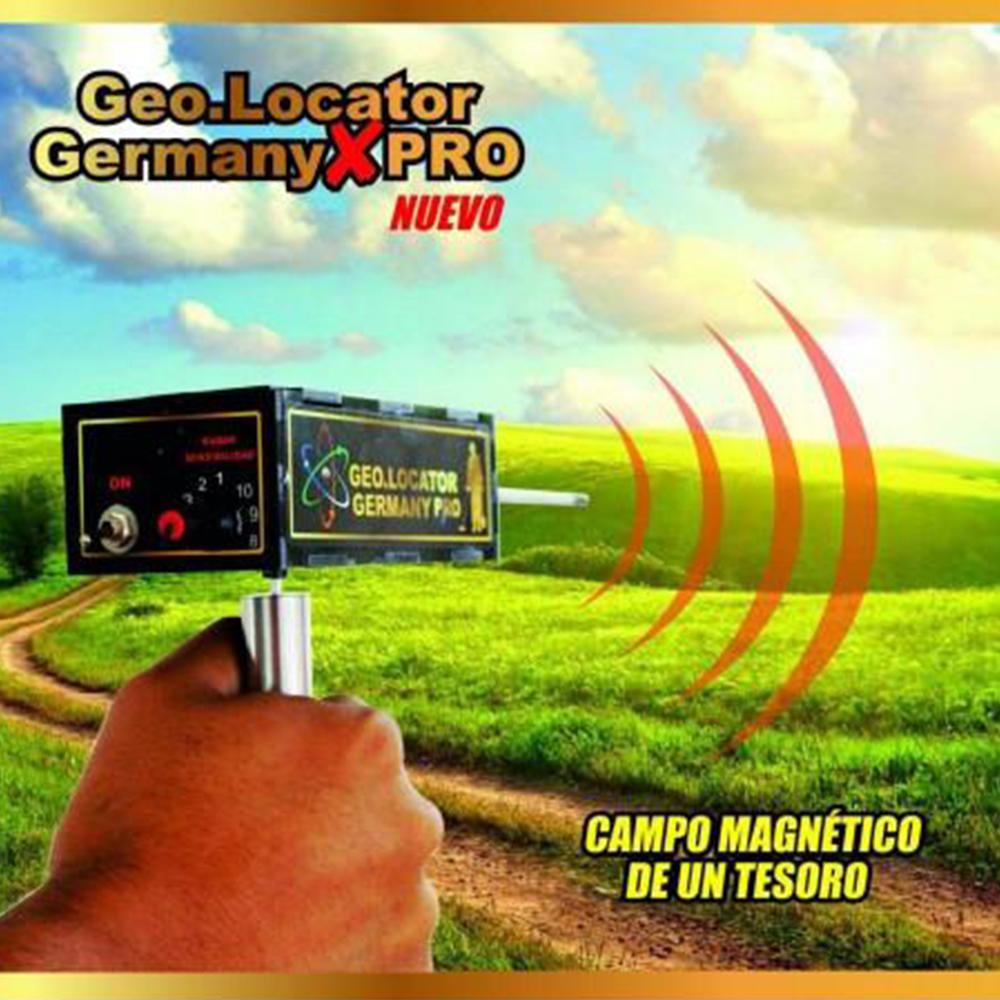 In Detector Power we have the Geolocator and Metal Detector most sought after by Latin Americans in these times. Germany Pro has revolutionized metal detection with its long-range and extreme depth characteristics.

The Geolocator Germany Pro is capable of detecting targets at a distance of up to 1000 meters in length and 15 meters deep, making it undoubtedly the best distance locator on the market and best of all at a super affordable price that has no competition.

This geolocator manufactured in Colombia was made knowing the needs of us Latin Americans and with the knowledge that we live in one of the regions with greatest buried treasures resulting from ancient civilizations, civil wars, and ancient ships among others.

The Detector Germany Pro joins the list of professional detectors offered Detector Power to the Latino community in the United States. The Geolocator Germany Pro is handcrafted to ensure its operation and give the customer the results he expects from device the Geolocator.

This Geolocator has a screen that shows the different frequencies of the detected valuable metals, such as gold, silver, bronze, platinum among others. Germany Pro is very easy to use and understand. It also has instructions in Spanish.

In this link, you can see all the complete information about this Geolocator that is revolutionizing the Latin market: https://www.detectorpower.com/collections/germany-pro

In Detector Power we are authorized distributors for sale in the United States and we are delighted to be able to offer this great detector to our customers.